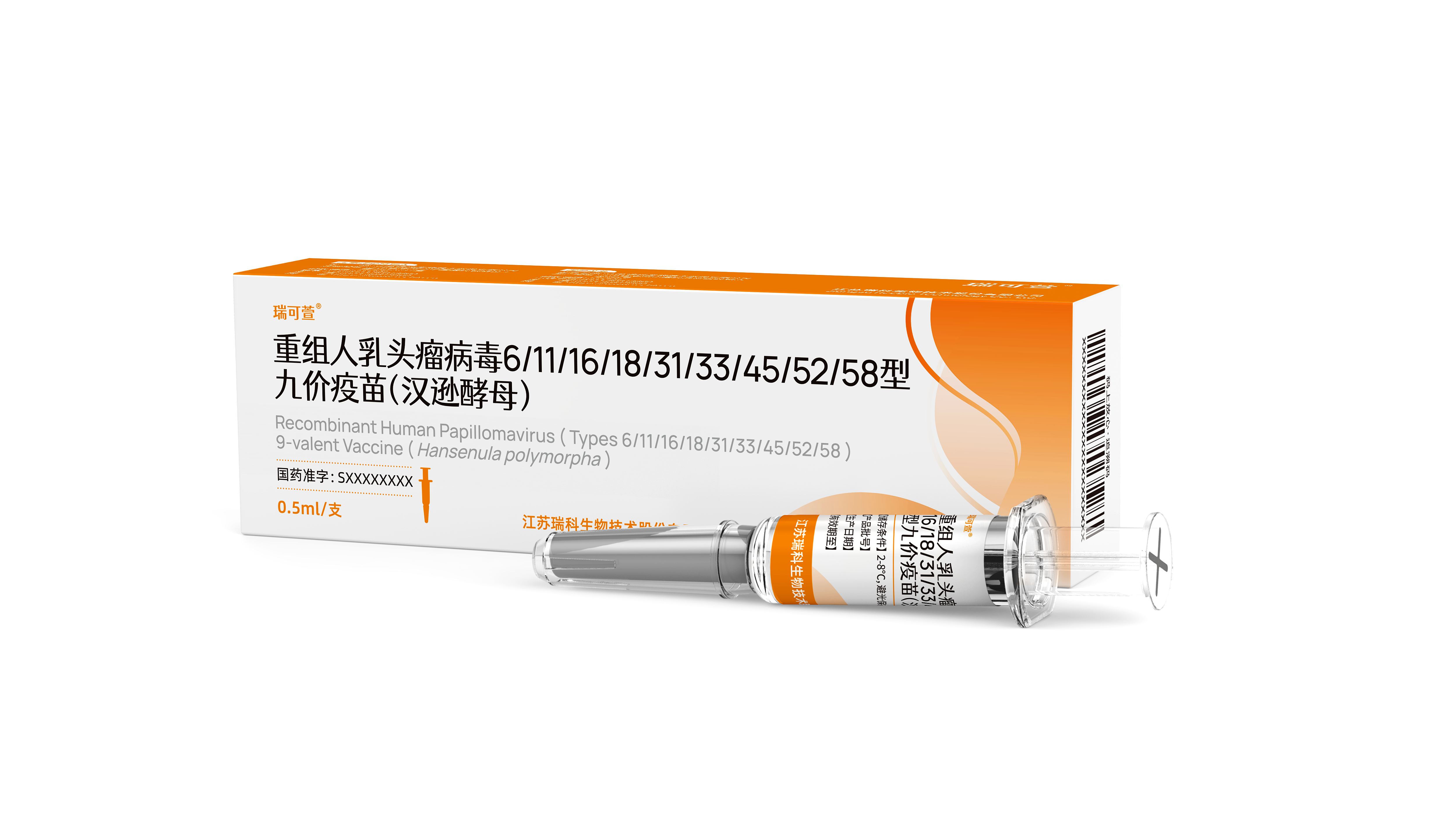 REC603 demonstrates a positive immunogenicity profile in its phase I clinical trial. In general, we observed a significant increase in terms of NAb GMT level against all of the target HPV types.

REC603 adopts H. polymorpha expression system. In general, the VLPs expressed from different expression systems are all highly similar to natural HPV capsid in structure and epitope in order to trigger immune response after vaccination, including those being produced by H. polymorpha expression system. H. polymorpha, a methylotrophic yeast species, is able to grow to very high cell density rapidly on simple media and has relatively high optimum growth temperature. Owing to its strong and tunable promoters derived from the methanol utilization pathway, high secretion capacity, and lower hyperglycosylation activity compared to S. cerevisiae, H. polymorpha is suitable for production of recombinant proteins for medical use. With high copies of expression cassettes integrated stably in the genome of H. polymorpha, high-yield and stable expression of HPV VLPs is achieved, making our vaccine candidate more suitable for commercial production.

REC603 was safe and well-tolerated as shown in the phase I clinical trial for REC603. There were no statistical differences in terms of incidences of AEs between the vaccine group and the placebo group. Although there is currently no available paper reporting a head-to-head clinical trial comparing domestic HPV vaccines and foreign HPV vaccines, in the clinical trial conducted by Merck Sharp & Dohme for Gardasil 9 in 2009, the rate of adverse event was 86.6% among subjects enrolled in the vaccine cohort, as compared to 53.75% as observed in the phase I clinical trial of REC603. 1The main adverse reactions were expected fever and inject site pain, mostly were transient and mild.

Our patented technology in HPV VLPs in combination with optimized fermentation strategy and purification process enable us to achieve high and stable yield in bulk production. With well-defined critical process parameters, manufacturing of REC603 can be easily scaled-up to meet the market demand domestically and globally.

To the best knowledge and information of the Company with reference to independent market research, even taking into account of the expected growth in vaccination rate of HPV vaccines, there will be 233.9 million females aged 9 to 45 unvaccinated for HPV in 2025, representing a potentially total of 701.7 million doses needed. In addition, the types of HPV serotypes that can infect women can also infect men. Studies have also shown that, males also have similar rates of HPV infection as females. As such, we believe China’s HPV vaccine market is, and will continue to be significantly underserved.

To the best knowledge and information of the Company with reference to independent market research, the first domestic bivalent HPV vaccine accounted for 66.7% within the bivalent section of China’s HPV market in terms of production value in the first year of its launch by virtue of its cost effectiveness, even if it was only approved in 2019 whereas the first imported bivalent HPV vaccine was approved in China in 2016. We believe that considering domestic vaccine products tend to adopt more favorable prices as compared to their global peers, HPV 9-valent vaccines will follow a similar trend in China after being approved. In recent years, the Chinese government has also promulgated policies in favor of domestic HPV vaccine developers. For example, in 2019, the National Health Commission of the People’s Republic of China released the “Healthy China Action–Cancer Prevention and Control Implementation Plan (2019-2022)”, stating to accelerate the review and approval process of domestic HPV vaccines and improve the accessibility of HPV vaccines. As one of the few domestic vaccine companies to have phase III stage HPV 9-valent vaccine candidate, we believe we will benefit from such favorable government policies in the future.

To the best knowledge and information of the Company, HPV 9-valent vaccine available in the market in China was only approved for females aged between 16 to 26 years. Our Core Product, REC603, has also initiated phase III clinical trial for females aged 9 to 45 years in 2021, indicating a potential broader coverage in terms of age as compared to the current approved vaccines.

We are also developing next generation quadrivalent and 9-valent HPV vaccine candidates with novel adjuvants, which are designed to adopt a two-shot regimen without compromising the efficacy/safety profile of vaccine candidates, and are potentially superior as compared to the commercialized products as they are all adopting three-shot regimen.

Having considered the Company’s accumulation of phase III clinical trial sample size domestically in China and its decision to conduct the trial at clinical sites with higher HPV infection rate, it is expected that REC603 will be one of the first domestic vaccines of its kind to be approved and commercialized in China.